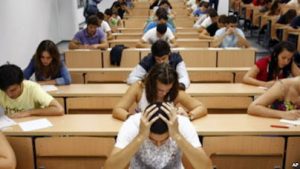 Perhaps there’s still something of an “as goes Harvard, so goes the nation’s law schools” complex out there. After Harvard shocked the legal academy and announced that it would accept GRE scores as an alternative to the LSAT for future law school applications, it was only a matter of time before other elite schools jumped on the bandwagon. At the time, Jeff Thomas of Kaplan Test Prep suggested a “domino effect” after Harvard’s announcement, which was a much more polite phrasing than when I said that Harvard “broke the seal.”