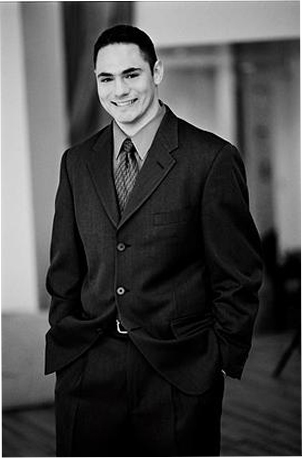 Instructor Eric Gutman began his scientific career as a research assistant for NASA at the age of 17. By age 21, he was a research scholar at Lawrence Livermore National Laboratory, a nuclear weapons lab in northern California, and subsequently he received his undergraduate degree in Applied Physics from Columbia University with concentrations in optics/lasers and nuclear physics. After working as a geophysicist in the oil industry, Eric received his graduate degree in Physics from the University of Chicago, where he specialized in relativity and cosmology, and as a graduate researcher at the Kavli Institute for Cosmological Physics, theoretically predicted interactions between ordinary and dark matter.

Upon receiving his honorable discharge from the United States Navy, Eric joined the faculty of Kaplan Test Prep and Admissions, and soon became one of the company’s most popular instructors in Chicago. Kaplan students would later rank Eric higher than any other GRE/SAT faculty member in the entire New York-Washington, D.C. region, a position he would hold until leaving the company to found The Best Test Prep. Eric was the lead writer of a GRE course for one of the country’s largest test preparation companies, recently authored a second GRE course for The Best Test Prep, and continues to provide instruction for the SAT, ACT, GRE, and GMAT. Around his busy schedule of serving as The Best Test Prep’s chief executive officer, Eric is an active member of Mensa and the Columbia University Alumni Representative Committee, for which he interviews students (not his own) for admission to Columbia.